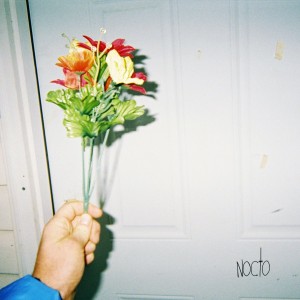 Nocto was a London resident for 3 years, where he researched Sonic Arts and immersed himself into British electronic and electroacoustic music. His first EP, the self-released I wish I was your Favourite Color, was released soon afterwards, in 2013. Now based in Strasbourg, France, he spends his time producing his own blend of electronica, hip hop, 2-step, and big beat. His high-energy live performances have been acclaimed in many of London’s most popular venues, as audiences felt how his unified vibrations generated meaning, reflections, and a desire to collect hats. “To compose is my natural desire, but my current compositional activity seeks to re-deny all choreographies”, is something he never said.